As 2020 begins, there has been a lot of progress made for the cannabis legalization movement. Although laws and regulations have loosened within the past few years, many people are unfamiliar with the laws regarding cannabis in their respective states. Due to some legal grey areas, some still have questions regarding the legality of CBD products.

Thanks to H.R.5485 the Hemp Farming Act of 2018 [1] Cannabidiol (CBD) is legal in 46 out of the 50 states under specific conditions, with Nebraska, South Dakota, Iowa, and Idaho being the only exceptions.

The legality of CBD can vary from state to state and federally, but in general, the main determining factor is whether the CBD is derived from hemp or from marijuana.

Fortunately, the legal status of CBD has become more defined with recent reforms. Law enforcement in some areas may still enforce local laws that conflict with federal regulations, and when combined with a large amount of misinformation out there, many people may still have a skewed view on the legality of CBD going into 2020.

The Hemp Farming Act of 2018 was a bill that became law on December 20, 2018. It removed hemp (defined as cannabis with less than 0.3% THC) from the Schedule I controlled substances list and made it an ordinary agricultural commodity.

Both the terms hemp and marijuana are actually just used to describe different varieties of cannabis, [2] and both can produce large amounts of CBD. While the two are very similar, they are classified differently under the law. The main reason for this being that marijuana mainly produces the cannabinoid THC which is capable of getting someone high. Hemp strains primarily produce CBD, a cannabinoid which in no way is “psychoactive” or mind-altering. Understanding this difference is crucial to understanding the legality of CBD.

As they are both members of the same plant family, hemp and marijuana share many visual similarities. In fact, unless someone is a cannabis expert, they might have a hard time telling the two apart in a side-by-side visual comparison. At a chemical level, the two plants have drastically different levels of THC. [3]

Most hemp strains produce a negligible amount of THC. That amount is usually less than 0.3% and is not nearly enough for a user to experience any psychological effects. Marijuana, on the other hand, produces large amounts of THC, and because of this can induce mind-altering effects when consumed. That’s the primary reason why marijuana remains federally illegal in the United States, while hemp does not.

There are still some regulations that are required for hemp to be completely legal under federal law, however. Not everyone is simply permitted to grow and sell hemp in their backyard, for instance. First, the hemp must adhere to the shared state-federal regulations including the 0.3% THC regulation. Secondly, the hemp must be grown by a properly licensed grower.

States Where Marijuana Derived CBD is Legal for Recreational Use

As of 2019, there are ten states where cannabis, including both marijuana and hemp, are completely legal for recreational and medicinal use. [6] These states are Alaska, California, Colorado, Maine, Massachusetts, Michigan, Nevada, Oregon, Vermont, and Washington. Adults in these areas face virtually no restrictions when it comes to the use of CBD and CBD products.

There are certain states and counties where marijuana-derived CBD is strictly prohibited, and even hemp-derived CBD falls into a legal gray area. There are currently three states that have taken a strong stance against CBD in the US. These states are Idaho, Iowa, Nebraska, and South Dakota.

Idaho state law says [7] that any hemp-derived CBD product must meet certain conditions to be considered as legal. Unlike other states with the 0.3% THC restriction, in Idaho CBD products must contain 0% THC. They also must be classified as “not marijuana” under Idaho Code § 37-2701(t). Which basically states that CBD can only be taken from certain parts of the hemp plant.

Hemp-derived CBD was decriminalized by the state government of Nebraska in a bill passed on May 30, 2019. Document LB 657 [8] removed hemp products from the controlled substances list. Any CBD product sold in Nebraska must contain less than 0.3% THC as well as meet certain testing, delivery, and manufacturing requirements. It is still largely considered to be technically illegal, so proceed with caution.

Industrial hemp and CBD oil in all forms are illegal in the state of South Dakota. [9]

If you live in one of these states, it is highly advised to proceed with extreme caution. While some businesses do sell CBD products in these states, the sale, possession, or use of CBD is very risky.

Now that we’ve discussed the legality of the two primary sources of CBD, we should take a moment to explore the laws of CBD derived from hemp versus CBD derived from marijuana, and how related laws vary from state to state.

While hemp-derived CBD is federally legal, per the Farm Bill, marijuana-derived CBD is a bit more complicated because it is derived from a plant that is still largely illegal in many areas.

States such as California [4] and Colorado have looser marijuana laws [5] and have legislated that marijuana is, in fact, legal for recreational use. As a result of this law, so is marijuana-derived CBD in these areas.

Other states only allow marijuana-derived CBD usage under certain conditions, such as when a person has a prescription for a specific medical condition, while some states still strictly prohibit it outright.

States Where Marijuana Derived CBD is Legal for Recreational Use

As of 2019, there are ten states where cannabis, including both marijuana and hemp, are completely legal for recreational and medicinal use. [6] These states are Alaska, California, Colorado, Maine, Massachusetts, Michigan, Nevada, Oregon, Vermont, and Washington. Adults in these areas face virtually no restrictions when it comes to the use of CBD and CBD products.

States Where Marijuana Derived CBD is Legal for Medicinal Use

As of 2019, forty-seven states have approved marijuana-derived CBD for medicinal use. Regulations vary from state to state with the majority of states allowing use for a broad range of medical conditions, while other states set specific requirements for approved use.

Before purchasing CBD in any of these states, we highly recommend that you do additional research on laws in your state.

Finally, regardless of which state you currently reside in, we strongly recommend talking with your doctor or certified healthcare professional before taking CBD to ensure it is safe for you, as CBD has shown potential to interact with certain medications that metabolize in the liver.

THE HISTORY OF CBD – IS CBD A SCHEDULE 1 DRUG

That should cover any general questions about CBD legality, but there is another commonly asked question; ‘is CBD a schedule 1 drug?’ The answer is no, but would you believe there was a time when it was yes?!

That’s because CBD used as a questionable health and wellness additive is a lot older than you would think  – it goes back to 2016.

The government announced on December 14, 2016 (INDIRECTLY we might add), that effective January 13, 2017, CBD would be a schedule one drug. Here is the exact definition of what this new drug code will mean:

“Meaning an extract containing one or more cannabinoids that have been derived from any plant of the genus Cannabis, other than the separated resin (whether crude or purified) obtained from the plant.” Extracts of marihuana will continue to be potentially relieved as Schedule I controlled substances.” [1]

Do you see now why we say indirectly?

While they never mentioned “CBD” in this announcement specifically, they did let the world know that they are creating a New Drug Code for MARIHUANA Extracts that will make them illegal starting on January 13, 2017.

What The Announcement Meant

To make this super easy, I’m going to quote directly from Section 812 of the DEA website for the definition of what classifies a schedule 1 drug.

(A) The drug or other substance has a high potential for abuse.

(B) The drug or other substance has no currently accepted medical use in potentially relievement in the United States.

(C) There is a lack of accepted safety for use of the drug or other substance under medical supervision.

Needless to say, we are extremely glad things have changed and turned out for the better.

Take CBD responsibly, consult with your family physician prior to taking it for the first time, and follow the laws of your state. If you don’t know the laws, reach out to your state government office and ask them for yourself!  It is totally okay to do your own research and using your appointed government officials is a great way to begin your journey towards enlightenment! 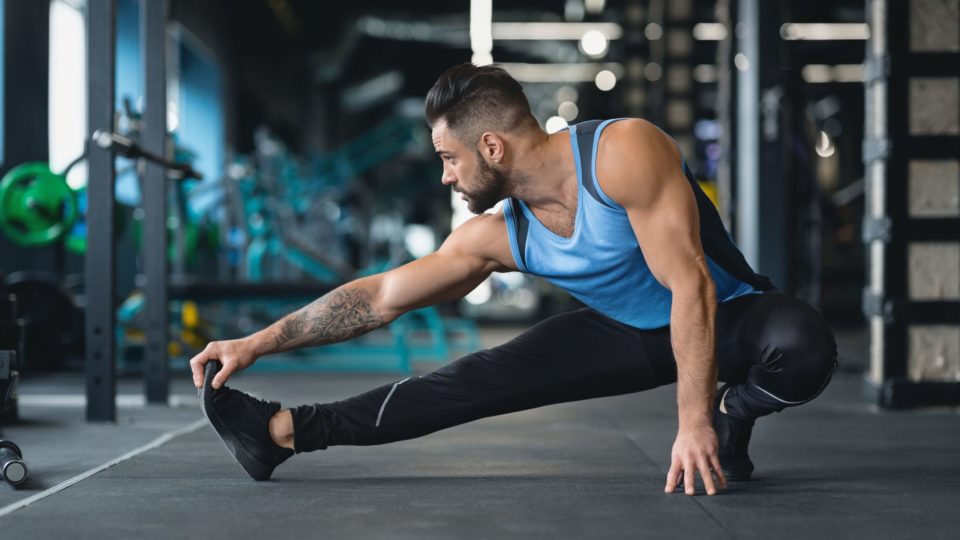 Professional Athletes Are Turning to CBD

More professional athletes are turning to CBD due to its effects on well-being and anxiety, promotion of quality sleep after the race, and impact on 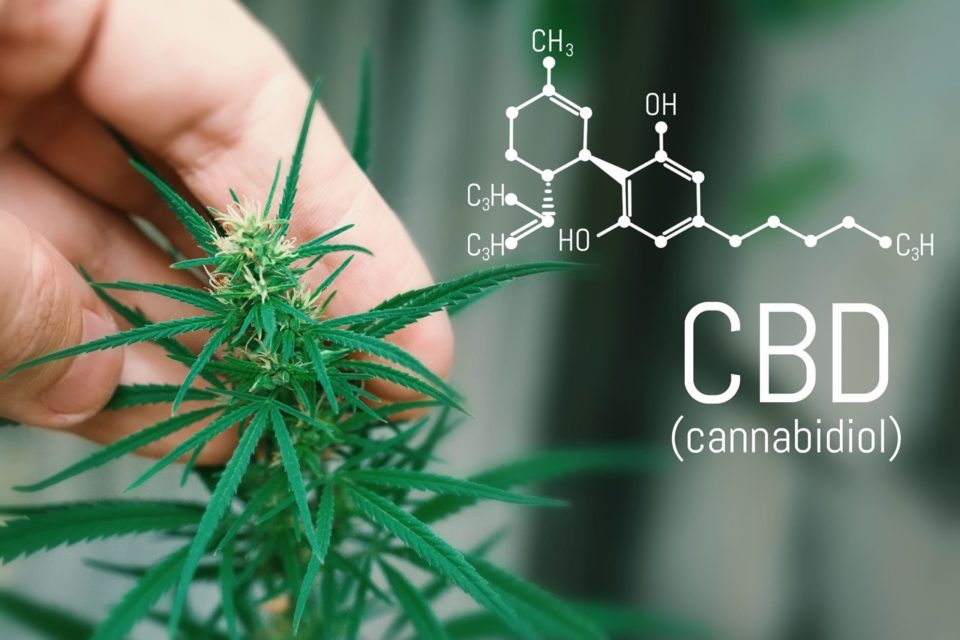 How Does CBD Make You Feel?

CBD has been a mainstream topic for some time now. You might have noticed a plethora of discussions about CBD on the internet as of

Website Disclaimer: The information provided on this site is intended to improve, not replace, the direct relationship between a site visitor (or patient) and healthcare professionals. The information found on this site has not been evaluated by the FDA (Food & Drug Administration). Always speak to a licensed medical professional before changing your diet. Always seek legal counsel if you are unclear about the local hemp laws and CBD regulations in your area.

Product Disclaimer: Regardless of the facts, opinions, data, and research provided by Cannabidiol Life partners and staff that is found on CBDOilsAndEdibles.com, all CBD products that are mentioned or listed for sale are not intended to diagnose, treat, cure, or prevent any specific health condition or disease. The FDA has not tested any Cannabidiol Life products for safety or efficacy. Must be 18 years of age to purchase products.